A Naturopathic approach to ADHD

A Naturopathic approach to ADHD

Attention Deficit Hyperactivity Disorder (ADHD), is an increasingly pervasive condition in both pediatric and adult community.  Most recent data suggest that 10% of all children in US are diagnosed with ADHD disorder.  As a result, this illness is now considered the most common childhood behavior disorder with a six fold increase in boys over girls.  It is also important to note that United States claims the greatest prevalence of ADHD over all other nations.

Production of the medications used to treat ADHD has skyrocketed in recent decades.  In this diagnosis driven society, it is very easy to present to a doctor’s office with a symptoms and get a quick prescription aimed to cure the symptom.  But to believe that there is only one medication or remedy for every symptom, condition, disorder and disease is being uninformed.  In the field of Naturopathic Medicine, there is always multiple ways to approach every health problem and ADHD is no different.

In our practice we have witnessed many cases where diet, family and lifestyle changes along with appropriate nutrient supplementation has help avoid medications and create optimal health.  In my experience, in most cases, the more natural means can achieve positive results, address the underlying factors and avoid side effects that can come with stimulant medications.

When it comes to ADHD, one of the first words that pops into most heads is either Ritalin or Adderall.  But with side effects like nausea, insomnia, headaches, psychosis and in rare cases death, it is no surprise that many are looking for a non-prescription treatment options.

Stimulant medications like Ritalin, Adderall and Dexedrine increase dopamine, a brain chemical known to balance motivation, attention and pleasure.  In the US, these drugs are used a greater percentage of time to treat ADHD over any other part of the world.  Although these medications are appropriate for some cases, I believe they should be used for judiciously than currently prescribed.  In many cases there are natural, non-drug treatments that can help our patients balance and focus.

In many cases, any one recommendation alone may not necessarily create the desired behavioral change.  Appropriate testing and plan of action and willingness to make sacrifices and lifestyle changes is necessary to achieve optimal health.  Here are some alternative approaches to treating ADHD in both children and Adults:

Dietary Changes – Forgo food coloring and preservatives.  Almost all diet plans aimed to treat ADHD and similar neurological disorders revolve around stabilization of blood sugar by avoiding high glycemic foods while assuring adequate intake of protein. Most common food additives to avoid include Sodium benzoate, Yellow #5, #6 and #10 as well as Red #40.  British journal Lancet reported that almost 80% of children with hyperactivity improved behavior when sugary foods and foods with artificial colors were removed from the diet. 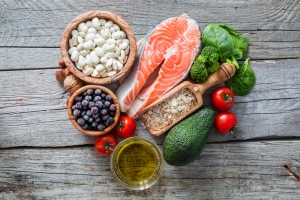 Essential Fatty Acids – Approximately 10% of our brain is composed of fat.  These fats are called essential fatty acids (EFA) because they cannot be made by the body.  Foods with adequate amount of EFAs include coldwater fish, raw nuts and seeds, and flax meal.  Recent research at Harvard’s Massachusetts General Hospital recommends a high Omega-3 fatty acid supplement to be the first choice in treatment of ADHD as well as other mood disorders.

Other Supplements – Similar to fish oil intake, zinc and iron deficiency can play a significant rule in ADHD.  Minerals like zinc aid in producing dopamine, which is a neurotransmitter raised by stimulant medication.  However it is important to note that long term zinc supplementation may lower coper status and should be supplemented accordingly.

Adequate levels of Iron, L-carnitine, vitamin B6,  B12 and D are also associated with mood disorders and should be addressed before starting any pharmaceutical prescription. 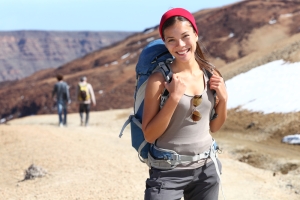 Spending time Outside – There is a strong evidence that spending even 20 minutes outside can benefit kids and adults with ADHD by improving their concentration.  A study in 2011 and several before it support the claim that regular exposure to outdoors and green space is a safe and natural treatment that can be used to help people with ADHD .

Physical Exercise – Yoga, Tai chi and Kung Fu can also be beneficial.  Exercise increases the concentration of both dopamine and norepinephrine, the same neurotransmitters that are being stimulated by most ADHD medications.  Also, exercises like Tai chi and Kung Fu emphasize concentration, calmness and discipline.   Studies have found that teenagers that participate in Tai Chi and Yoga exhibit less anxiety and hyperactivity.  In the same study they found that there was less daydreaming and the participants displayed fewer inappropriate emotions when they participated in Tai Chi classes twice a week. 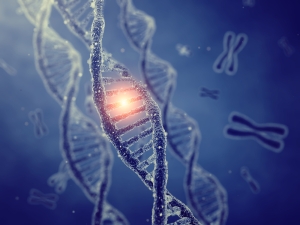 Addressing the gene snips – ADHD does have a genetic component.  Although this area of medicine and research is still new, we have seen a significant association between certain gene snips like MTHF-R and ADHD.  If you have not had yourself and/or your child tested for MTHF-R gene mutation, it may help identify the missing link to treatment options and the root cause.

ADHD is a challenging condition to manage, both for the provider, the patient and in many cases the parents of the patient.  That being said, many of our patients have responded well to natural treatment options.  The key is taking the time to sort out which factors are most needed for each individual.  So before you jump on the Adderall or Ritaline bandwagon be sure to weigh all of your options.  When it comes to ADHD treatment there are many choices.  Prescription medication is just one of them.

AIM is based on the idea that when we martial our collective expertise, we can achieve great health outcomes for our patients. A truly integrated clinic, AIM's practitioners work together to provide an experience tailored to each individual. We believe in the power of natural healing, combined with the most current medical science available.
View all posts by alpine integrated medicine →
This entry was posted in Naturopathic Medicine and tagged ADD, ADD Treatment, ADHD, AIM for health!, Alpine Integrated Medicine, Dr. Mohammad Shegeft, Dr. Nitin Thapa, hyperactivity, Natural Approach to ADHD, Redmond Ridge Naturopath. Bookmark the permalink.